The XRP ARMY has decided to come together to get the news of the sec vs Ripple case out into the public eye. Working together to get John E Deaton on the JRE Podcast. Cool! 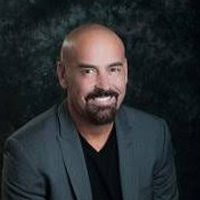 “Of all the gin joints in all the towns in all the world, she walks into mine”. Yes Rick Blaine mused in Casablanca. The same could be said by Brad Garlinhouse CEO of Ripple Labs Inc, one year ago today, December 22nd 2020, when then acting Chairman of the SEC, Jay Clayton brought a lawsuit against Ripple Labs Inc.

Ripple Labs, Inc. is an American technology company which develops the Ripple payment protocol and exchange network. Originally named Opencoin and renamed Ripple Labs in 2015, the company was founded in 2012, and is based in San Francisco, California.

Times they are a changing….humans are moving into a brave new world! The new world includes the emergence of a most powerful influence…Communities in Social Media! Once activated and Communicating together, Connecting and Cooperating Communities can have an influence together never before seen in recorded human history! Yes the power is in the People, but ONLY if people choose to come together in a Unified Voice.

So far the mainstream media, for reasons unknown, have basically ignored the “Financial Case of the Century”. The stakes are very high. In the Dot Com Boom era, the United States Regulators created an environment where Entrepreneurs could thrive. The United States ended up with Internet Companies dominating the web. Meta (formerly Facebook), Google, and Amazon just to name a few. GO USA!

The current Chair of the SEC, Gary Gensler, has proceeded in a strategy leading the SEC known as, “regulation by enforcement”. If this shortsighted strategy continues, it opens the door for the world to take full advantage of the Blockchain Boom…leaving the USA behind. Even two of the current SEC Commissioners, Hester Pearce and Elad Roisman, have commented on the absurdity of this lame strategy.

The XRP ARMY Community has decided to ACT TOGETHER and has gotten the Attorney representing them in the SEC vs Ripple case on the airwaves. First was a guest appearance on the Bitboy Crypto Show. Ben Armstrong (aka Bitboy Crypto) has grown his YouTube Channel to perhaps the biggest in the Crypto World, with 1.43 million subscribers. Next up was a deep dive conversation with none other than Patrick Bet-David, Influencer Extraordinaire, and his co-host, Gerard Michaels. Bet-David’s Show, Valuetainment, has over 3 million subscribers.

Next on the agenda for the XRP ARMY Community is to come together and focus their combined energy to get John E Deaton interviewed by none other than Joe Rogan. “Why?” people might ask. The answer is…Reach! April 2019, Rogan said that the podcast had 190 million downloads each month. JRE is the most popular podcast in the world, and deservedly so.

To date, there have been standouts spreading the news…two from Fox Business, Charles Gasparino and Eleanor Terrett. The other is Roslyn Layton, a writer for Forbes. Besides them, pretty much nuttin honey! The mystery is why?

Why would any journalist want to miss out on reporting on the Financial Case of the Century? Gerard Michaels on the recent PBD Youtube interview with John E Deaton commented…”this is better than a John Grisham novel.” Yes it is! The corruption and unethical behavior of the sec along with the collusion with the unETHical eth gang is gag-worthy!

What this really represents in the bigger picture is the role Social Media Communities can play in influencing their beliefs throughout the world. Most people want to make a difference, but alone, no person can do much. Together the upside is limitless. There is an opportunity here, if the XRP Army Members decide to come together and put a dent in the Universe!

XRP Army News created a page on its website to make it simple to email the Joe Rogan Experience interview booking agent Matt Stagg. Many of the Influencers in the Community have joined in on the effort, like JamesRule XRP, and Brad Kimes, host of the YoutTube channel, Digital Perspectives. All, and mean ALL, XRP ARMY Community Members are looking forward to, and counting on, the other Great Influencers in the XRP ARMY Community throwing support and influence behind the movement. Influencers like Crypto Eri, Moon Lambo, The Digital Asset Investor, Bitboy Crypto, Jungle Inc, Mack Attack, The Bearable Bull, and Kevin Cage just to name a few.

Imagine if all in the XRP ARMY Community locked arms and beat the same drum to accomplish a common goal? What a VISION! When those kinds of things happen….and it doesn’t happen often….it creates a dent in the universe and causes the world to wobble just a little on its axis. Who wants to miss out on being a part of something like that?

Who isn’t cool with that and looking forward to the application of the Law of Synergy by what some have called the Greatest Community in all of Crypto: The XRP ARMY COMMUNITY! CHARGE!

In conclusion, what can people do? Go to the link below that brings people to the form to contact the JRE. Fill out the form and Hit Send! Tell others to DO it too! A cool way to be a part of and not apart from! Getting mad isn’t enough….DO SOMETHING! Stand for something or fall for anyone! XRP ARMY Community STAND AND ACT TOGETHER!

Check out the video:

Click the link to get to the form to contact Joe Rogan Podcast Booking Agent Matt Stagg:
https://www.xrparmynews.com/joerogan/#content

App to Home Screen on any Digital Devic

The XRP Army News was born out of the realization that Digital Currency was growing as a new source of currency for the Globalization of the economy. The XRP Army News also recognized that there was a growing group of on-line Influencers that were providing the most recent news and insights into a particular segment of the Digital Currency area called XRP, a foundation for an On-Demand Liquidity Company, Ripple. It was noted that these Influencers were growing larger and larger followings…

After researching this trend for more than 8 months, the people involved the XRP Army News, Scott Powell, Rick Scheer and Christopher Knight realized that there was a need to gather all these on-line Influencers into one place. And with that realization the XRP Army news was born. As the research continued, people like David Schwartz, Chris Larson and Brad Garlinghouse. were discovered to be the true foundation of Ripple and this XRP phenome so the Team continued to build out the News concept. What was uncovered was an incredible wonderful community of committed caring intelligent people sharing with the world everything Ripple and XRP!

With all this research behind the Team, we built out a central location on-line for all the Major Influencers, YouTube Channels and Twitter Feeds to be found easily by this large and enthusiastic group or Army of Followers. The XRP Army News will enjoy being a part of seeing the emergence of one of the greatest digital assets ever created becoming a reality, while at the same time keeping the open flow of information from the best and brightest in front of the people.

This News Aggregator team has now brought Concept to Competition with this introduction of the immediately release and publication on-line of the XRP Army News. No longer will people interested in the very latest information from Ripple and XRP have to search for the XRP You Tube and Twitter Influencers but will have only one source conveniently provided for them.

In addition, the on-line Website, the Team has also built a custom app that allows anyone to view the very same information on their phone as the can gather on the main site. This makes it available to everyone, anywhere, 24/7. An innovation which will boost the viewership of the News site.

It will also include the people producing an upcoming Documentary Cryptonaire by Brad Kimes and Dustin Planholt. The producers will be showcased, and their film progress updated consistently.

Now anyone can find their videos and tweets in one centralized convenient place! No words can express the gratitude felt for the XRP Army Influencers! Keep the content coming and together it is shared with the world. 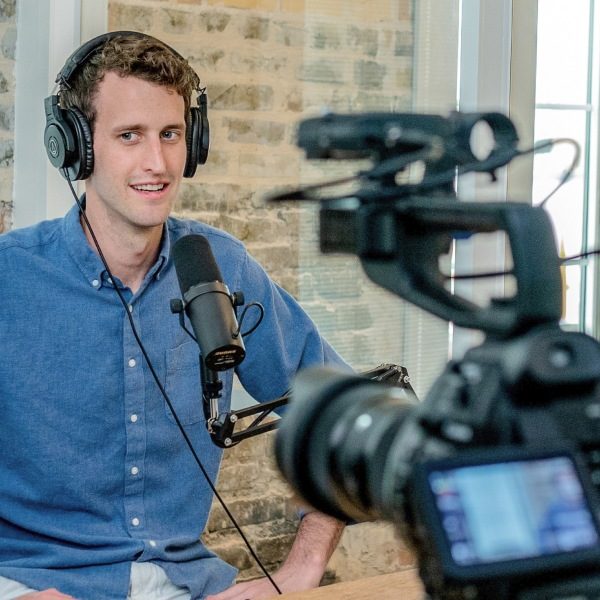 Thank you Youtubers & Twitters for providing us with current & point-on video & twitter content. The opinions contained on this site are those of the channel creators and or owners.

I am impressed with the professionalism and exectution of the project by this team. Highly efficient, easy to communicate with and definitely know their craft. Thanks for an incredible result.

What you'll learn with us

You will be able to track on a daily bases the most up to date news of the growing & expanding market that drives the XRP Army!

We are inspired by challenges

We are creatively adaptive

We are experienced and resourceful